Fun Games You Can Play Online

When I was a child, my late father introduced me to card games, which soon became a form of our family bonding every weekend. Meanwhile, my mother preferred to play solitaire, a card game that is played solo. It got me interested as well and I even liked the sound every time my mom shuffled the cards. Even as I grew up, I still played solitaire and would often buy cards for myself to play.

Thanks to modern technology, one can virtually play solitaire on the screen. However, I was initially prejudiced about it due to my assumption that solitaire played virtually would be lackluster compared to the traditional way. But out of boredom, I decided to give the computer-based solitaire a chance, and that is when I noticed how similar it was to the real ones.

At some point did I stumble upon Solitaire.org, and I was pleasantly surprised to discover the wide variety of games they offered. I first attempted the game called Play 21 Blitz Online, where I have to create a set number of twenty-one matches either vertically or horizontally, to move to the next level. While I do think that this is the ideal past-time in the virtual context, I am still fairly certain that anybody who has mastered the art of cards would be more accustomed to the game's sequence. Here is a preview of the game: 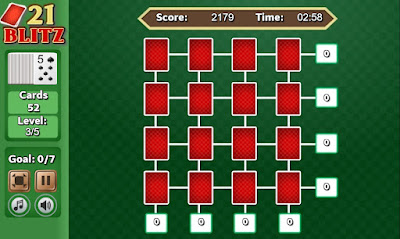 If I can form numbers that would add up to twenty-one, I get to score then the tiles are emptied so I have to fill it in again. However, if the total exceeds twenty-one, the row or column is emptied--afterward, I have to create again another set so that I can proceed to the next level and reach my goal. 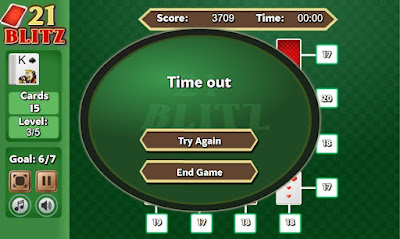 As you can see here, I've reached level 3 and achieved a goal of 6/7. Quite a satisfactory progress, still think I need more practice to reach the final level.
My 11-year old daughter and I have also played another game called Hidden Kitchen, which we ended up immersing ourselves into. It was surely a great way for us to bond together especially during weekends. My daughter managed to find lots of items, that of which my poor eyesight had a hard time seeking out. 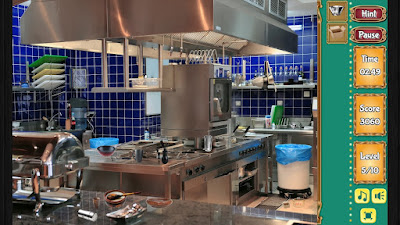 She asked me if she could play again during their wellness week, since there would be no classes scheduled during that time. For her convenience, perhaps a few minutes of gaming would be reasonable enough.
If you have not much to do, or want something to keep the quarantine stress at bay, these games might be a great escape for you. I am sure you will love them as much as I do.
Posted by Cookie at 9:06 PM