I do not usually post-politics, and I refrain from discussing or debating online, especially if one's views are different. It is going to be useless. We all have the freedom to express our opinion and to decide who is best for us. But nobody has the right to mock someone or insult anyone else's decision because they chose somebody, not to their liking, and vice versa.

But today, I wanted to pay my respect to the former President of the Philippines, Benigno "Noynoy" Aquino III or PNoy to many.  He died on June 24, 2021, at 61 years old, after battling some serious health condition (renal disease). He is now laid to rest at the Manila Memorial Park in Parañaque City. 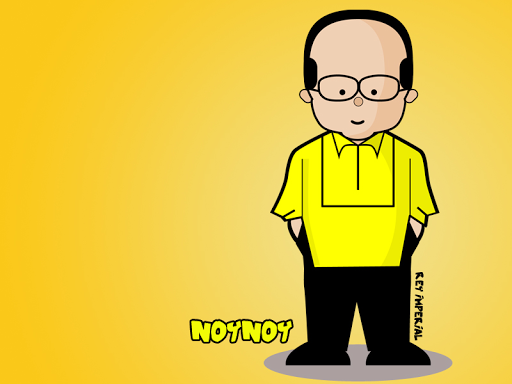 PNoy was the son of the late assassinated Senator, Benigno S. Aquino, Sr. and the late Corazon C. Aquino, the latter being the first woman president in the country.

Growing up,  I have witnessed the leadership of PNoy's mother, Cory Aquino. She was the face of EDSA People Power in 1986. I wasn't that of a big fan then, but I respected her, especially when she was able to end the 20-year ruling of the Philippine dictator, former President Marcos. After she made a new constitution, I remembered she removed many Marcos cronies from the office and shut down many businesses that supported the previous ruler. But I  was very young to understand then. Perhaps she had valid reasons to do that. Amidst all the coup attempts to overthrow her, she remained the country's President and stepped down after 6 six, a new rule drafted and approved in the 1987 constitution.

By the year 2010, PNoy ran for president months after his mom died. I was old enough to vote, but I voted for another candidate for a personal reason. However, I had high respect for him. He was a good man, after all. Being a citizen of the country, I have to abide by the laws set by the new government. He may have some flaws, but nobody is perfect. No administration in the Philippines was perfect for the majority, but let us just focus on the former president's leadership. PNoy was able to at least stabilize the country's economy; he fought the country's right of the West Philippine Sea, he was able to save a fellow man who was about to be hanged in another country, and so on and so forth. He made some failed decisions that angered the citizens, like the SAF44, the hostage-taking, the rotating brownout in Mindanao (that annoyed me so much), and the Yolanda typhoon. Still, I think it was not fair that he was the only one to blame the latter issue as he had repeatedly warned the people to evacuate...

Anyway, when he stepped down, I could say he was a decent man despite not pleasing everyone. Personally speaking, I appreciated his 6-year term. I was free to criticize and admire some of his administrative members; I could watch the News on television without being alarmed. I was not a fan when he implemented the K1-12, but I have to understand it...well, those were just some of the things I remembered.

He may not be the greatest leader, but he sure was a good man, a respectable one, and a good son. Rest well now, Sir...

He was indeed a decent man. RIP