One Fine Wednesday with Cousin

Glad I got the chance to see my cousin, after so many years, last Wednesday even for a short while. Actually, she's my cousin-in-law but it seems we are more like cousins than her cousin, hehe.. 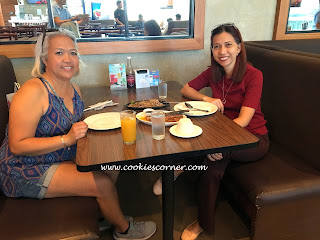 I've known her during the late 90's, before I was married to her cousin (now my hubby). I remembered she just came from the US and stayed at her late grandma's place during her short vacation with her family. My then bf wanted me to meet his balikbayan cousins, especially Bem2x. 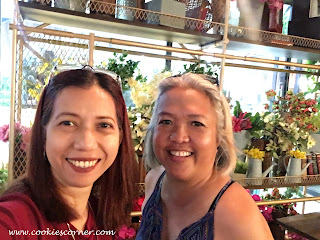 We had a short introduction at their garden. I felt so awkward, maybe because she's older than me or I was just an introvert kind of person. But I can sense my then-bf was close to his cousin. We had a nice chat and I think she tried to make me comfortable☺

Years later, we met again, but it was in the US. I was already married to her cousin and Bem had a handsome baby boy. She was so warm and it seemed we were long-lost cousins coz we never stopped chatting. I never even noticed we reached the beach while strolling with her baby.
There was not social media yet in the early 2000's so we often corresponded thru emails. Bem soon came home to the Philippines with her kids in tow and it seems nothing has changed, except for our growing families. Soon, Facebook and Instagram was created so it was easier for us to communicate.

She's in the country right now for a short vacation and she's still the same - cheerful, frank, warm, and what I liked best - she listens when I talk. Although we only spent a very short time together, I was just too glad she found time to see me 💓
Posted by Cookie at 5:58 PM