Summer Fun in the Sun at Seven Seas Waterpark 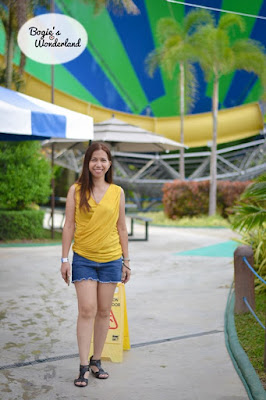 At my back is the Cyclone water slide
Ahoy Mateys!

CDOBloggers had its first General Membership Meeting for the year 2019 last May 11 at Seven Seas Water Park Resort located at Zone 1, Opol, Cagayan de Oro City. It started in the morning and concluded at 6 in the evening. It was also a great time for the old and new members of CDOBloggers to bond and get to know each other well.

however, my daughter and I (daughter is also a member) had prior commitments, so, we almost didn't make it to the GMM. We arrived very late at 4:30pm (not to mention I got lost on the road even though I used waze. I ended up using another shortcut but it was narrow...but glad we still made it!).
I guess we missed a lot of activities earlier in the day, like touring the place and experiencing all the rides but my daughter still had the best remaining 2 hours in her life at the pool while I took some pics :-)

Seven Seas Waterpark is described as 'the first world class, largest and pirate-themed waterpark in the Philippines. Seven Seas is just minutes from the bustling metropolis of Cagayan de Oro, which is the gateway to the Philippine's food basket and a popular adventure tourism destination. The nearby Laguindingan airport is readily accessible from the waterpark and future development of port facilities, hotels, resorts and food establishments in Opol will enhance the attractiveness of the seven (7) hectares facility for locals and out of towners alike.' 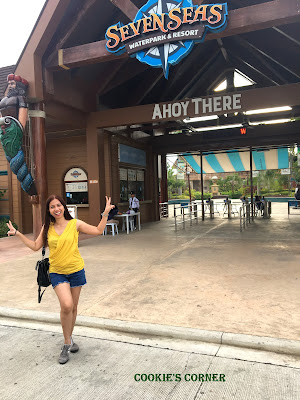 Anyways, sharing to you some pictures I took at Seven Seas. In this picture you can see some attractions of Seven Seas such as: The Cyclone, The Buccaneer Bay, Pira-Chute, Plank Drop. I promised myself to try all these rides the next time I come here. It looks scary but I think it's fun to try. Besides, you can always see lifeguards roaming and checking around. They also have other rides or attractions that I wasn't able to take pics like the Captain Kidd's hideout, Pacific Racer, Cannon ball run, Riptide Reef, Fuerte de San Agustin, Escape Tunnel and Mighty Maui River. 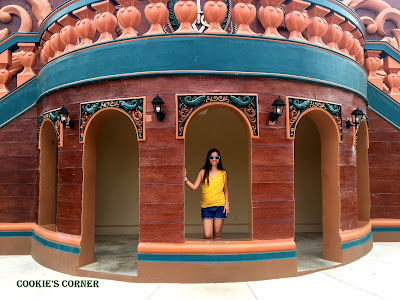 Below are some pictures of me with the matey's: 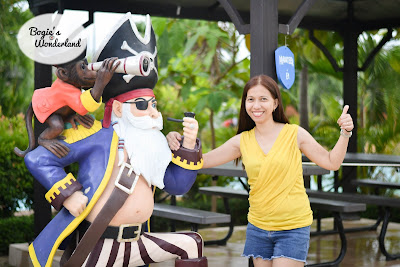 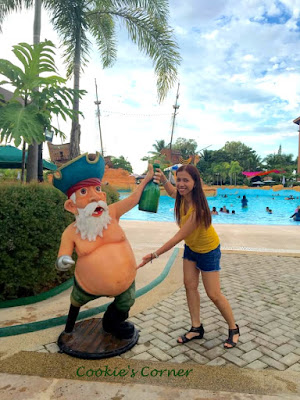 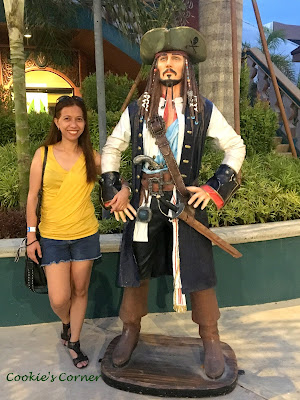 Next time I come back, I'll make sure to take a lot of pictures in every corner. This place is really great for a family or barkada outing and a perfect place to relax and unwind. 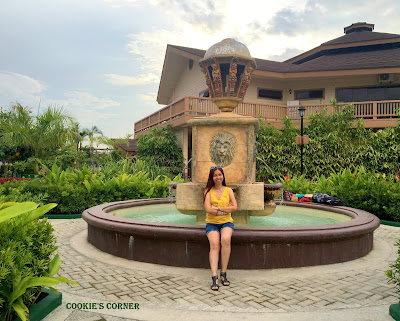 * Thanks to Bogie's Wonderland for my other pics ;-)
Posted by Cookie at 6:33 PM