When The Teacher Gave My Child The Wrong Grade

I had a not so good weekend lately and I hope these series of unfortunate events ended already. I guess I'm going to discuss first what transpired last Friday (and I might talk about what had happened on succeeding days in another blog entry).

I attended my daughter's 2nd Quarter PTC (Parent-Teacher Conference) last Friday afternoon. "Brace yourself" was what I told myself because my consistent-honor-student daughter made a huge mess on her grades last quarter. I guess she was enjoying too much of her freedom in high school that she forgot her major responsibility - STUDY! The 1st quarter result didn't sit well with me so her privileges were removed from her -- Facebook deactivated, from iPhone to analogue Cherry mobile, no hanging out with friends on weekend and wake up early in the morning (and I'm talking 4:30 am!) so she could review her lessons. Yeah, I'm such a pain in the ass momma when I got totally mad!

Then came the 2nd PTC and I had the chance to review my daughter's record last quarter to one of the teachers. She was on leave the previous PTC and haven't got the chance to talk to her, only the substitute teacher. And came the great SHOCK! There was a big mistake in my daughter's grade. Turns out she got higher (though not that high) grade and was still IN at the honor roll. What the----!

The teacher apologized for the huge blunder and told me they would correct the mistake. The grade relayed to the substitute was not my daughter's final grade after all. And I was shock and disappointed and sad for my daughter at the same time coz they didn't know all the stress, the pains, the hassles we went thru. Awarding of honors for 1st Quarter was already done and that won't happen again. And what will they do now? All they told me was they will correct her grade and give her the certificate of honor coz she deserved it...Well, thank you for that...

However, thinking over and over about it made me realize that it was not enough. I punished my kid anytime for her wrongdoing but I am also ready to defend her should someone make a huge mess on her. This time, my daughter deserves my sympathy. My inner tigress was unleashed again that I could not wait for today to come.

So this morning, I went to my child's school not to see her teacher but the school head. I saw and talked to the school's Vice-Principal and pour everything out. I didn't totally blame the teacher for the wrong grade because she was on leave. In fact, I should be thankful to her for correcting it. I could not also blame the adviser coz he was just there writing the grade given to him, I could not also blame the substitute coz she doesn't really know what the real grade was (uh-uh...hmmm). But who was there to blame, ME? Funny. Of course it was still their fault in whatever perspective you're going to see it...sigh.

I also complained about another teacher who was so unfair in grading his students. Cause when I asked him about how my child got that grade the mere fact I saw her tried to improve her grades this quarter, he could not give me a logical answer.

I don't usually go to my daughter's school these days because I'm trying to avoid to be called "Sip-sip". I am not that type of parent who goes there to influence the teachers so that they will give my child favorable grades. However, with all these hullabaloos, I guess I'm going to be visible to let the teachers know I'm watching them. Not to scare them but just keeping my eyes on them.

Tiger-mom is now wide awake and I even told the school head that I will come back to check and to hear the progress of my report. I hope and pray they will not disappoint. They promised to correct my daughter's grade and will even announce that she's part of the honor roll last quarter to boost her ego again. They promised that they would talk to the teachers responsible and informed all of them not to commit the same mistakes. They promised that they would check on their teacher's way of grading system. And they told me to come back anytime should I have another concern.

With all that had happened, I pray that something good will come out from this. I don't want to hurt anyone but they should know and understand that it was us who was hurt the most :-(
Posted by Cookie at 6:25 PM No comments:

Before buying new stuff, particularly musical instruments, better research first online about the brand and if it has durable quality. This applies not only to professionals but to hobbyist as well, or even to the neophytes. But if you are still not sure what or where to find, perhaps I'll recommend Casio privia reviews to you to help you look for better option.

Good luck on your choice and purchases. I hope you found the right instrument that really suits your taste!
Posted by Cookie at 2:19 PM No comments:

The Other Side of Her

Here's a picture of my eldest daughter as Cinderella during their Student's Night at their school. She was hoping for a different costume instead I let her wear this princess dress, hehe. It looks great on her anyway so why should I let her wear something trashy that would make her look old and creepy?

And yeah, I'm the fair godmomzilla who did all the styling and I'm proud of it! HA! HA!

P.S.: To my daughter - I know you're going to read this (coz you're fond of stalking my blog :-p ) so here's for you my Princess! 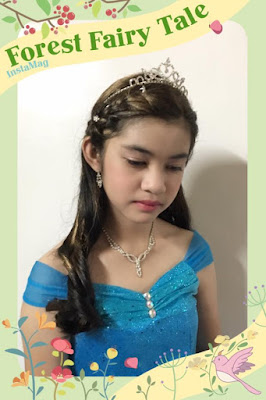 Shop at Your Local Music Store

When you can't seem to decide which instrument you are going to purchase to use for your concert or even at home, then I guess the best way for you to do it is visit your local music store. Although you can find lots of sale items online, you can also check at the store if you want to be sure of its features or specifications. After all, you are the one who is going to use it. And it would be such a waste if you regret buying something that doesn't suit your taste.

And I always believe that you can still find affordable and great instruments at the local store near you. So, start shopping now!
Posted by Cookie at 9:56 AM No comments: